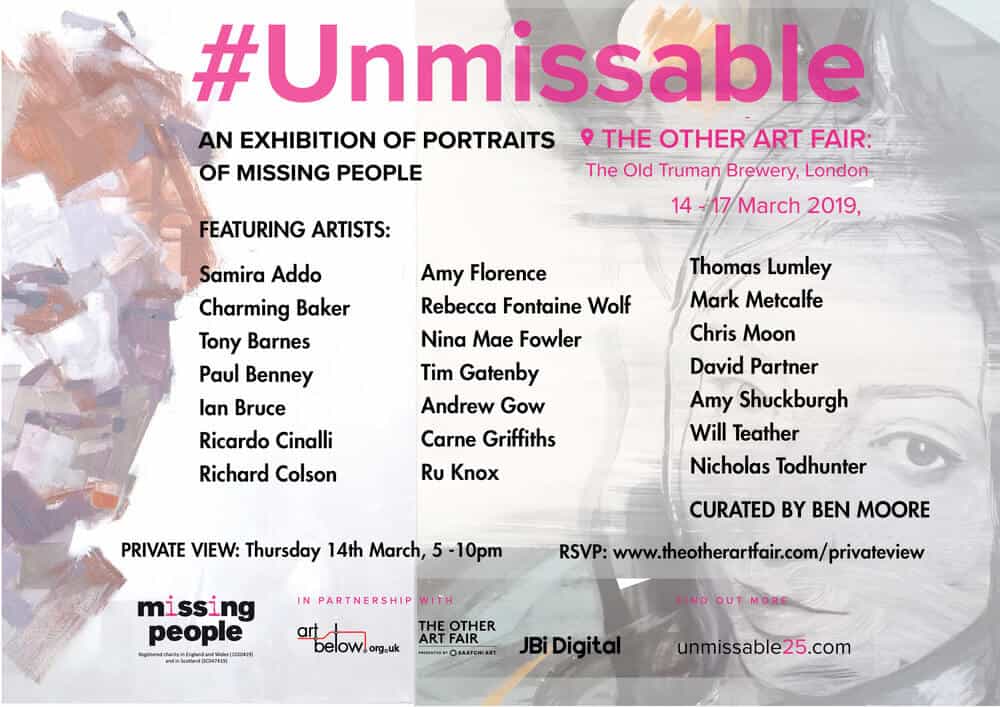 UnMissable is an exhibition of portraits of missing people. The series of 25 portraits was unveiled at The Other Art Fair at London’s Truman Brewery hosted by Saatchi Art in March 2019.

UnMissable was supported by Art Below with billboard posters of portraits of the missing people on the London Underground.

Ben Moore was commissioned by the Missing People Charity to curate ‘UnMissable’ to mark their 25th Anniversary.

Moore has been working closely with the Missing People Charity since his brother Tom went missing in 2003.  All proceeds from sales of paintings and prints go to Missing People. 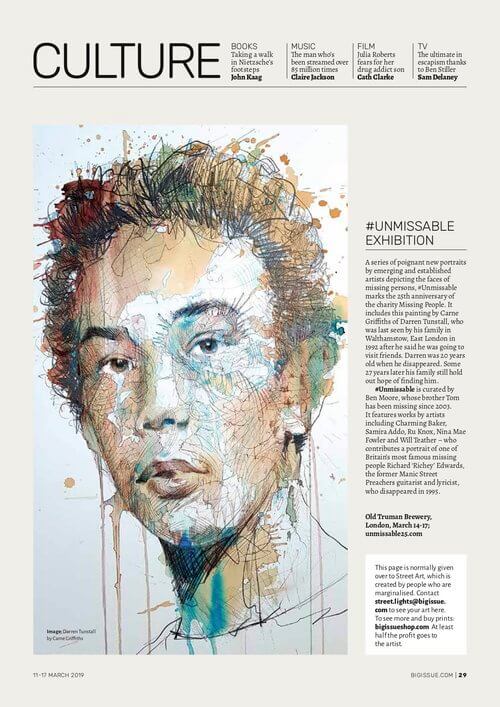